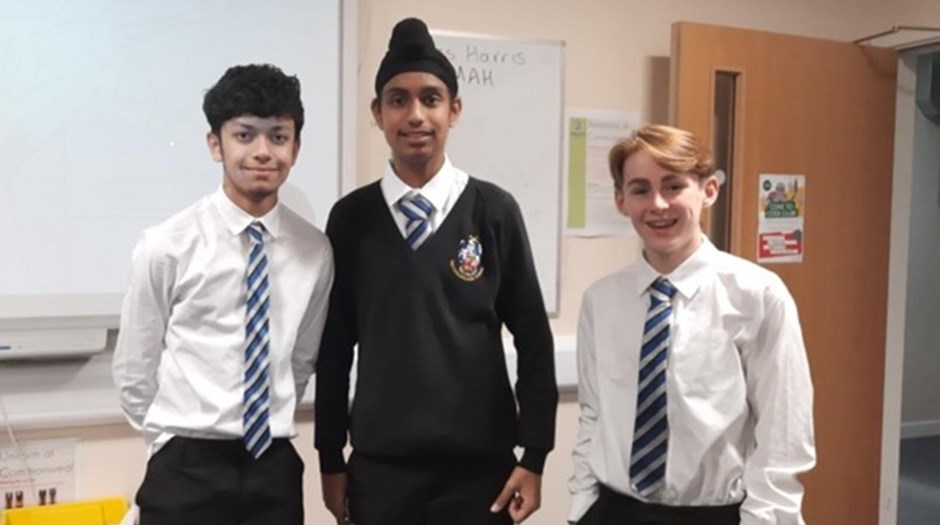 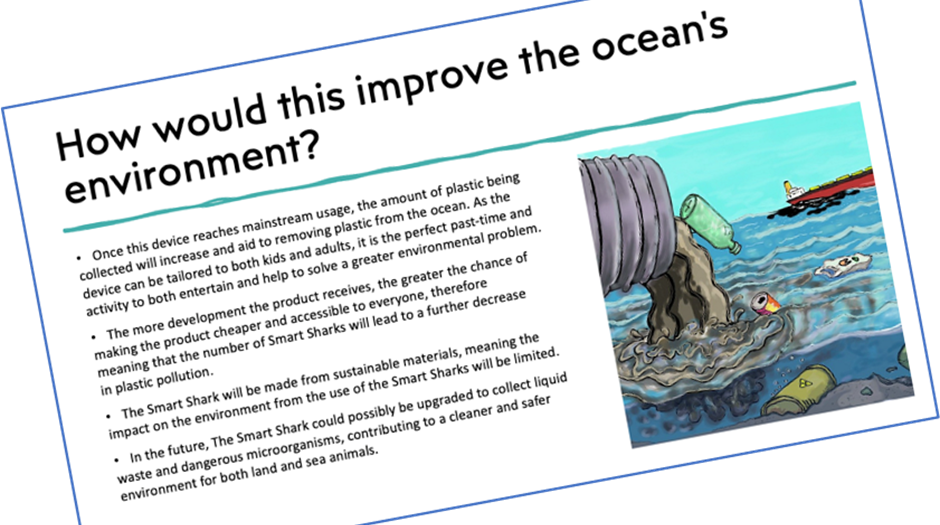 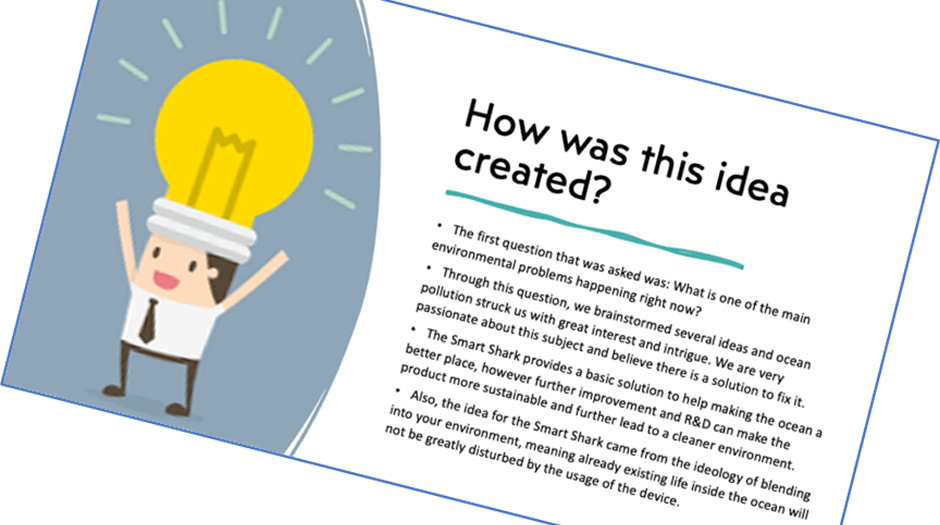 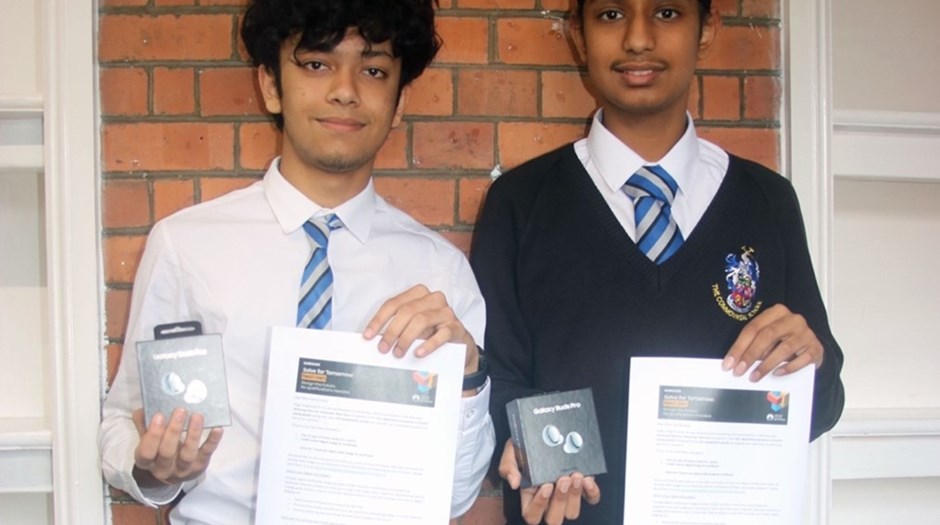 Across the summer, 13–15-year-olds entered their tech-for-good ideas into the Samsung Solve for Tomorrow: Next Gen competition. Over 8000 young people from the UK took part with a brief to design tomorrow’s sustainable solutions. Milan, Zack and Deep from The Commonweal School in Swindon won 3rd prize for their design. Each were awarded a pair of Samsung Galaxy Buds Pro and a ‘Solve for Tomorrow’ digital skills badge.

During the competition schools, youth groups and families gained access to free online resources to help inspire the next generation of innovators. Young people learnt the basics of ‘design thinking’ and had a glimpse into creative STEM careers such as design and marketing provided by employees from Samsung.

A recorded presentation put together by Samsung introduced the students to the project. They then worked in small groups using the excellent planning resources provided during a one-hour lesson at the end of the summer term. Students submitted their project ideas using an online form. Milan, Zack and Deep designed a robotic product called ‘The Smart Shark’ to collect and reduce plastics in the ocean whilst also using a gamified approach.

The team considered energy use, mechanical and computing ability for their device and said:

“It’s a device that can be used for fun and entertainment, with a hidden purpose of clearing the oceans pollution. It can be controlled by your phone or through a remote.

On the remote control or the phone, there is a radar that shows the several locations of plastic rubbish. The user must try and collect as much plastic they can.”

The device will use hydroelectricity to recycle energy for its turbine, assisted with a lightweight battery for propulsion. The students demonstrated their computing knowledge in the approach, describing how:

“The device utilises Artificial Intelligence through its sensors and cameras to distinguish plastic waste from live organisms and the seabed - meaning plastic waste can be collected efficiently and effectively. Machine learning is also used to map the environment and remember locations it revisits in the future.”

Mary-Ann Harris – Head of Creative Technology said, “I am delighted that Milan, Zack and Deep came 3rd in the competition, they are a very creative group of computing students who worked well as a team to come up with their original idea.”

Further information can be found here.