Creativity with Crumbles in Year 6

Our Lady of Lourdes Catholic Nursery and Primary School

This project allowed me the opportunity to see what my Year 6 class were capable of in terms of Computing and how transferable their skills were i.e. in terms of Scratch. I explored the Crumble's capability and allowed the children the freedom to create whatever they wanted. See planning, worksheets and Powerpoint that accompanies the project.

To introduce the session we looked at what a robot can do by watching the Manchester Robot Orchestra video. We then explored what a Crumble was and looked at videos and pictures to judge the capability of it. I allowed the children time to explore the Crumble offline and try and connect inputs and outputs to it using crocodile clips. At this stage they did not need a computer as they were just looking at the hardware (Crumble. motors, battery and crocodile clips). What I did realise was that it would have been useful to recap on electricity and circuits prior to this session as they struggled with connecting the crocodile clips to the positive and negative outputs/inputs on the Crumble.

After this  we then discussed what we could create using the motors. Carousels , planes and cars  were what was suggested. They then drew and labelled their designs on the Design worksheet  in small groups and we shared their ideas in the plenary.

We recapped on the previous lesson and then I shared the materials available to them (coloured card, tape, pipe cleaners etc). In small groups they then began to create their design. I supported them in terms of attaching motors etc to their designs and discussed how they might code their motors. This lesson required two sessions to allow them to design their finished creations as the children wanted to paint and add details to their creations. Some groups struggled working together so I think it would have been better to have a Crumble  in pairs to enable all children to participate. Allowing the groups the creativity meant that it did take longer than the one lesson, but it gave the children the opportunity to develop their making skills. 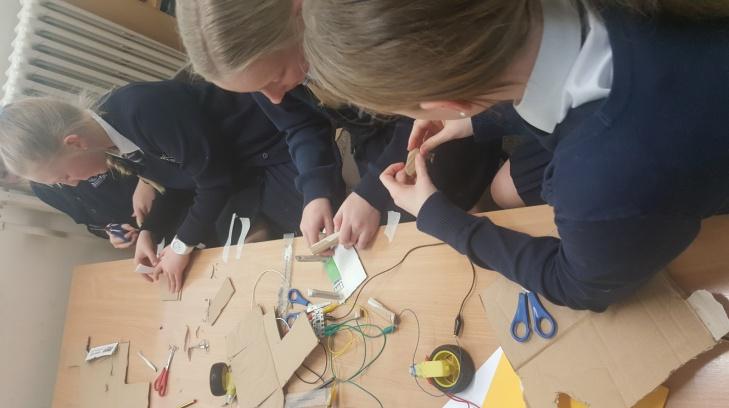 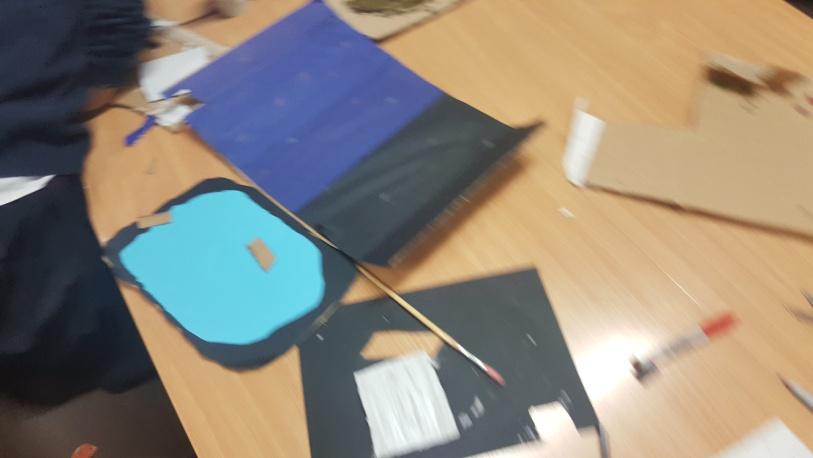 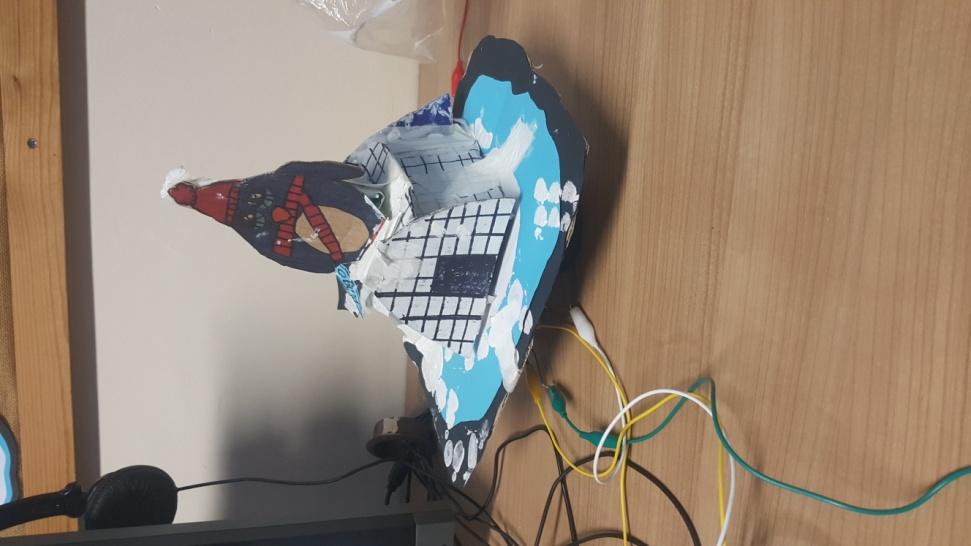 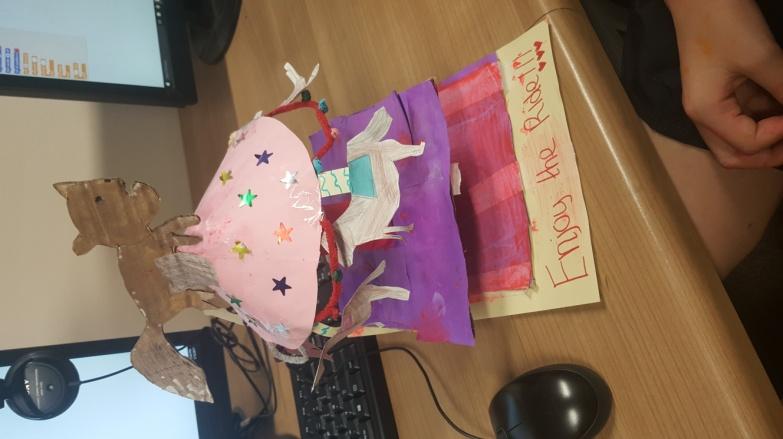 I used the Redfern Electronics cards on the Powerpoint to discuss how the Crumble software works.  We looked at how the blocks connect together and how to change the blocks i.e. Motor 1 to 2  just like Scratch. Having shown them the basics of how the blocks work,  I then allowed the children time to tinker with the motor blocks to get their creation moving.  This gave me the opportunity to recap on Computing vocabulary such as program, algorithm, repeat loops, debugging etc. I was surprised how quickly the children worked out how to use the wait function and to get their cars and carousels moving in different directions. As a challenge I did allow some groups to use the sparkles and they had to work out how to code them independently.

We then completed a pairs swap session and they evaluated the success of their design using the evaluation sheet. time was given at the end for all groups to look at each others' work. 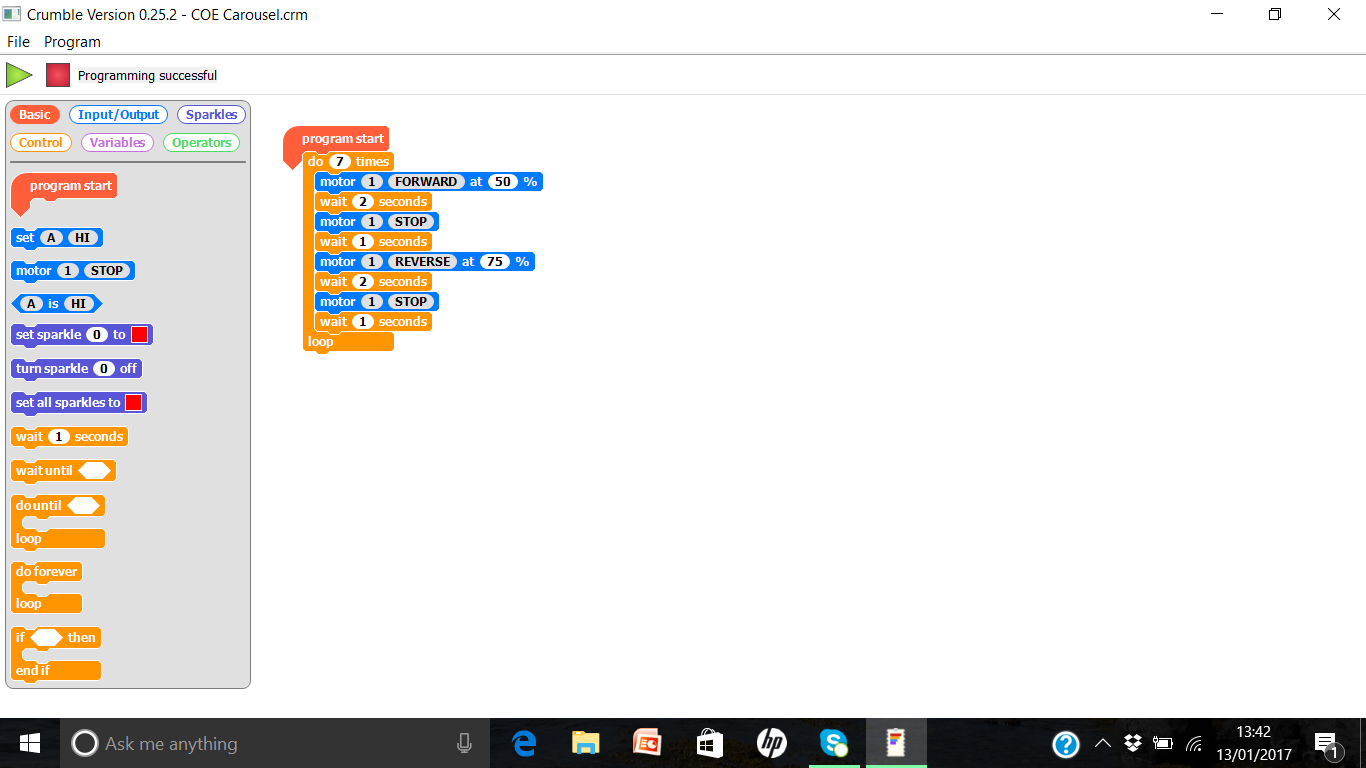 Overall, I was pleased with the project as the children gained a range of cross-curricular skills such as 3D design and building,  teamwork and creativity.  They were proud of their design and picked up the Crumble coding concept much faster than expected. Although I used it in Year 6, younger children, if have coding experience, could easily create their own simple designs using the Crumble. 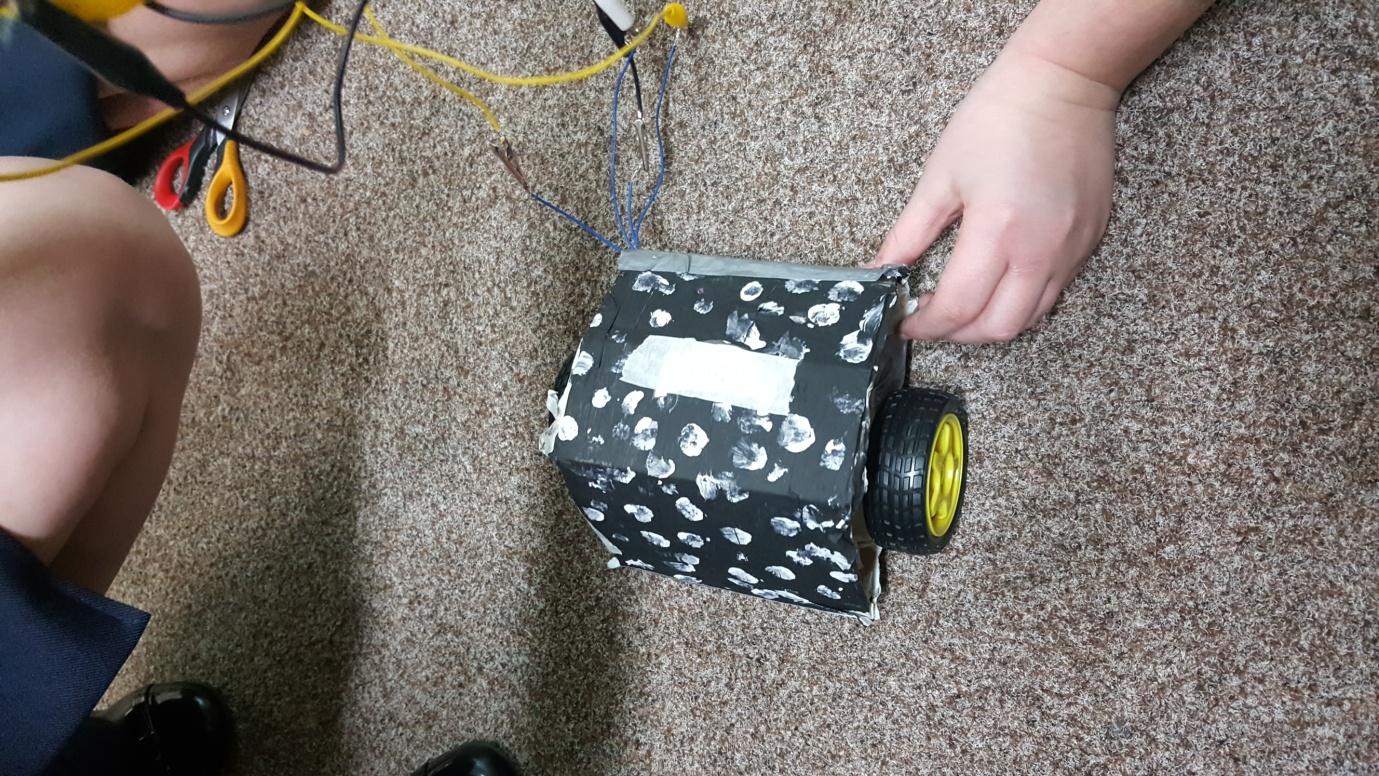 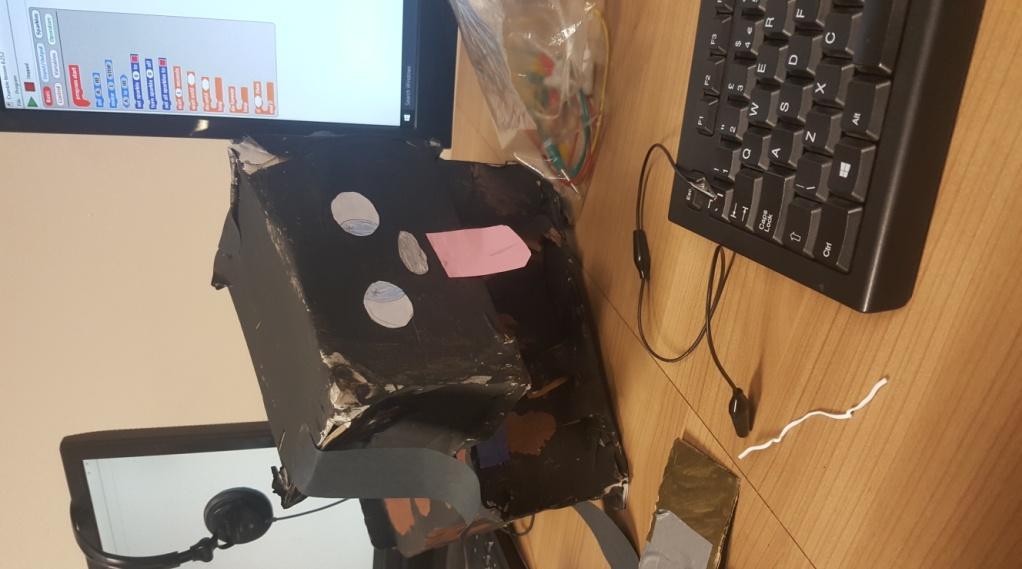 As stated above I think it would have been better if:

A fantastic resource and a huge thank you from my class and I! In terms of loaning the Crumble equipment to schools, I would suggest that individual components be made available as the Crumble Bot packs are far too complicated for Primary children (and me!) but would be great for secondary or above.

15 sets of the following would be useful: 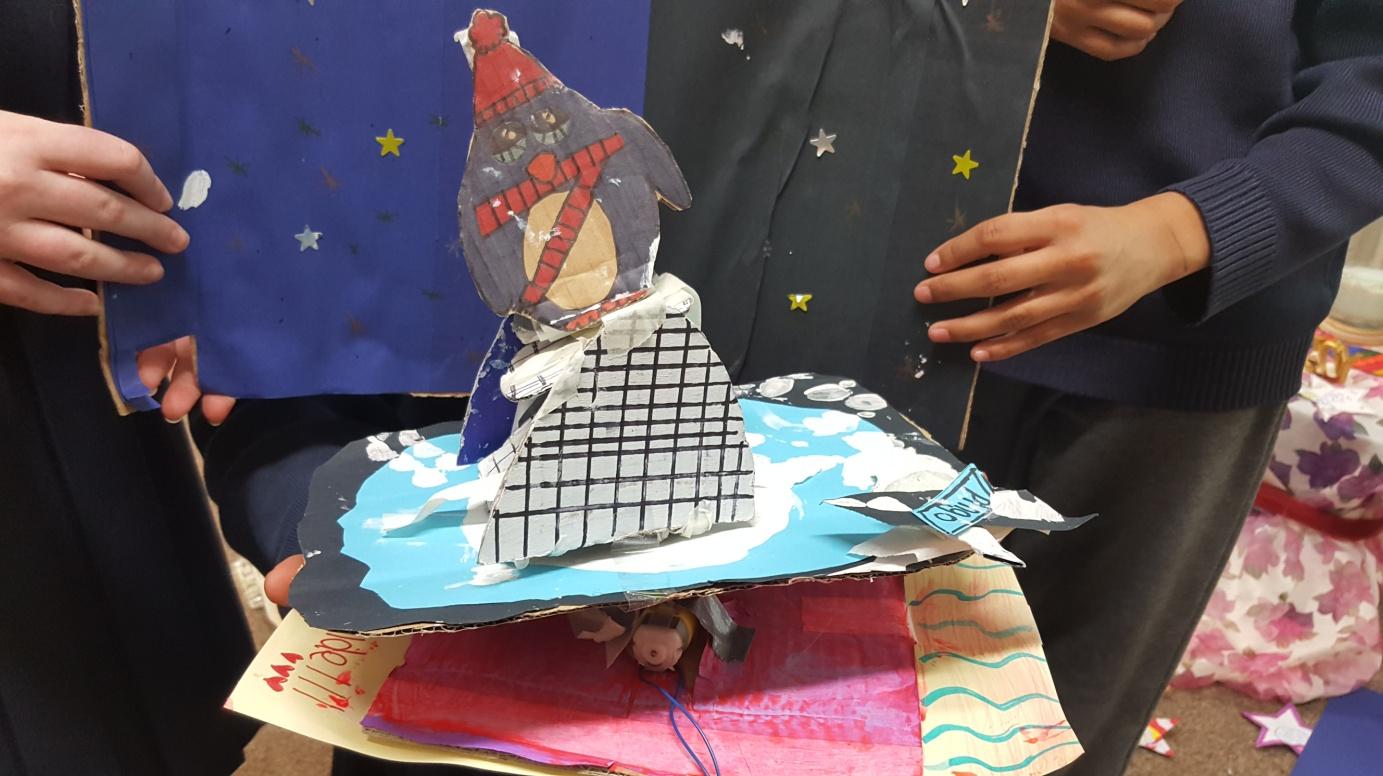